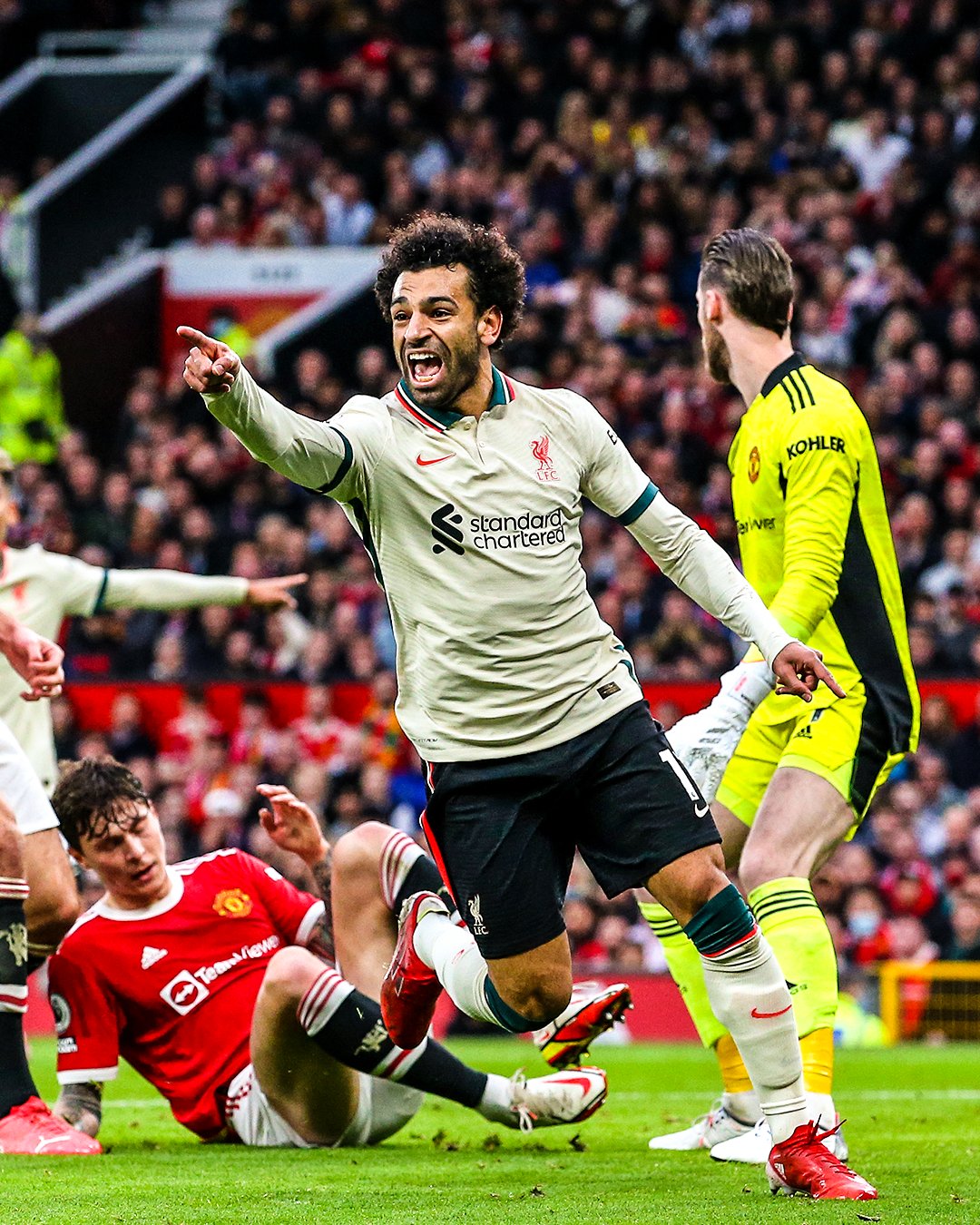 The visitors took the lead within the first five minutes as Salah got in behind the United defence and race past Harry Maguire, before laying it to Naby Keita who coolly slots it past David De Gea to give them an early lead.

It was 2-0 before 15 minutes had gone, a huge mistake by Maguire and Shaw was capitalised by Keita who lays it off for Trent Alexander-Arnold, and his low driven cross found Diogo Jota in the six-yard area to double Liverpool’s goal advantage.

Salah made it 3-0 late in the first half as Jota’s blocked shot finds Keita, who sends in a cross and finds the Egyptian international to continue his rich vein of goal-scoring form.

Liverpool got a fourth goal before the halftime interval following a brilliant attacking move, Firmino finds Robertson, who flicks it to Jota and he picks out Salah on the right-hand side and he finds the bottom-right corner to double his tally this afternoon.

Just five minutes into the restart, Salah got his hat-trick, Jordan Henderson plays a delightful ball in behind for the Egyptian who pokes the ball past De Gea to complete his hat-trick and take his side’s lead up to 5-0.

Cristiano Ronaldo thought he got a goal back for the Red Devils, but he was adjudged to be in an offside position, and to make things even worse for United, substitute Paul Pogba was sent off following a VAR decision after his yellow card from a challenge on Naby Keita was overturned.

Moh is the man of the moment 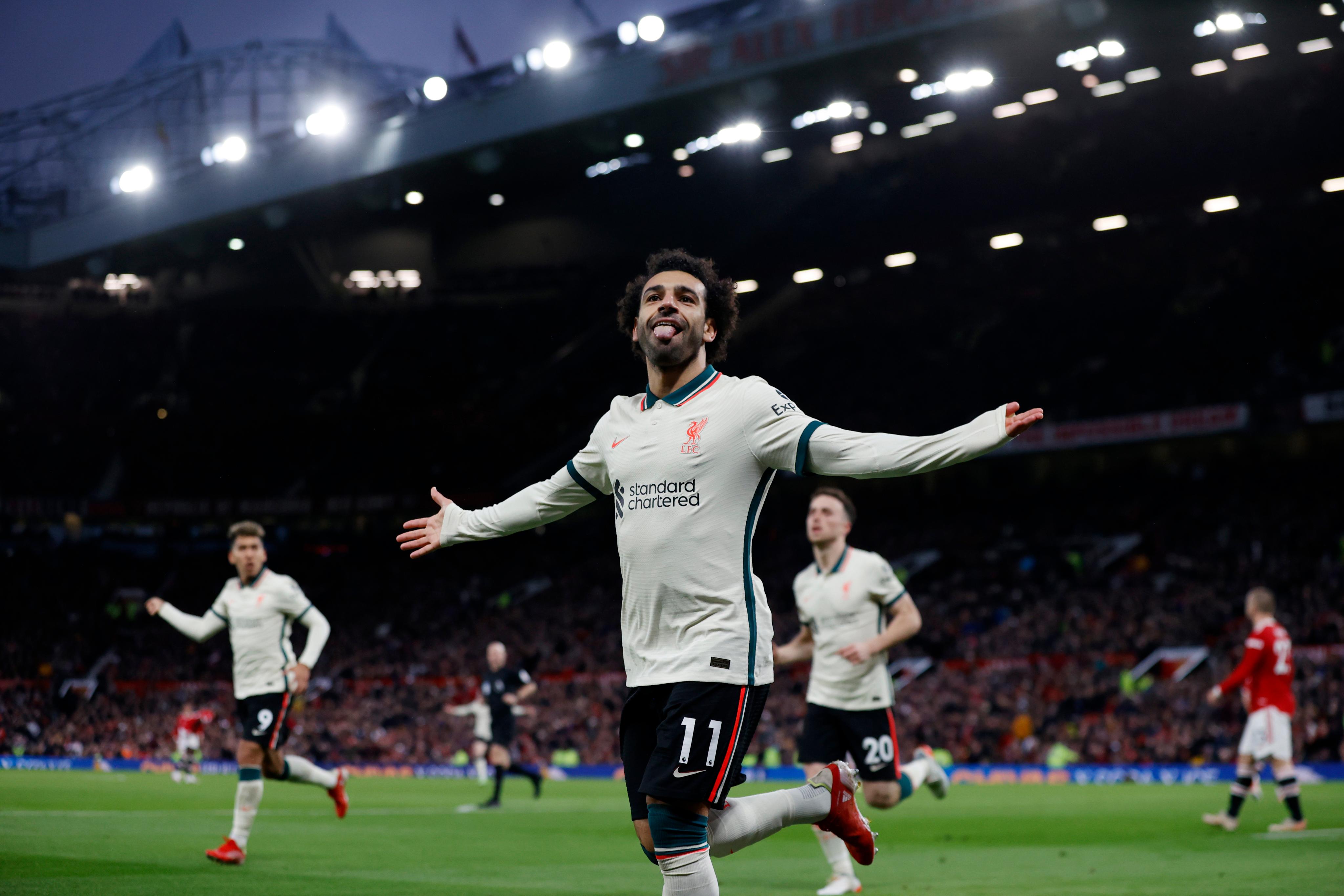 Mohammed Salah has been in red hot form at the moment, following his hat-trick this afternoon at Old Trafford, he is now the Premier League’s top goalscorer with 10 goals and it seems like nothing can stop him from winning the Golden Boot this season.

After his two very similar but equally brilliant goals against Manchester City and Watford on either side of the international break, as well as bagging the winner against Athletico Madrid in the Champions League in midweek, he is arguably been on his best form for Liverpool since his first season at the club, in which he bagged over 40 goals in all competition for the Reds.

Liverpool manager Jurgen Klopp will hope to keep Mohammed Salah fit for the whole season as they look to win another Premier League trophy following their domestic success during the 2019/20 season, and maybe win the Champions League for a club-record 7th time.

Is time up for Ole Gunnar Solskjaer? 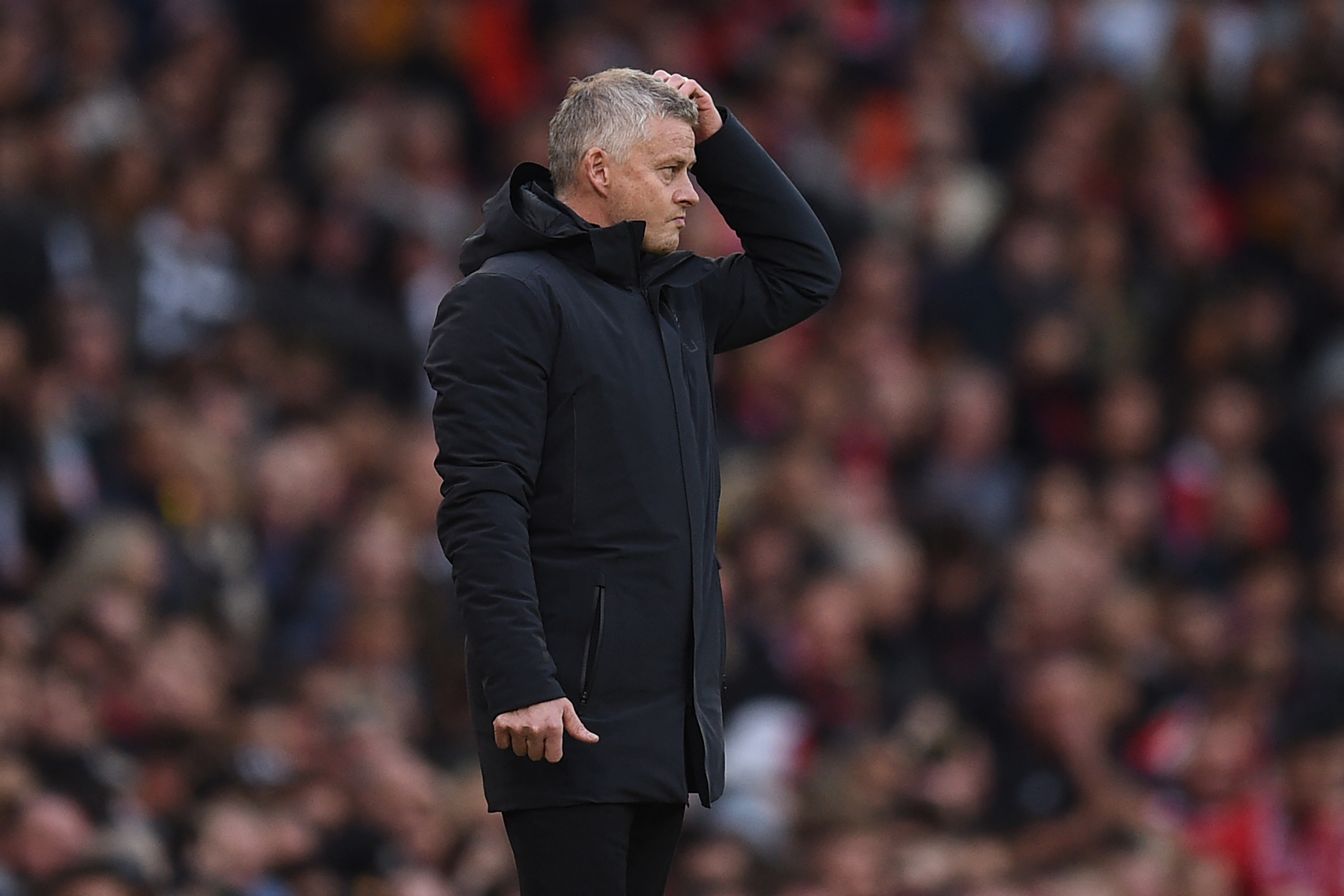 After their amazing comeback against Atalanta in the Champions League in midweek, Solskjaer was hoping for that same fighting spirit to be on display against their rivals Liverpool. But none of it was there for the Norwegian this afternoon.

This defeat means they’re now winless in their last four matches in the league since their 2-1 victory over West Ham United at the London Stadium back in September. When looking at their performances since that win, it’s easy to see why Manchester United fans are worried and start to question whether Ole is the right man for the job.

Only two wins in their last seven games in all competitions is not the type of form to write home about, especially when they had to come back from losing positions in order to get those victories. The most worrying thing for United fans is their performances at home. They don’t look dominant when playing at Old Trafford while on the other hand, they have one of the best away forms in the Premier League.

Solskjaer will hope the Manchester United board will back him to turn their form around and get them firing up the league table again. A lot of United fans will feel like Ole’s time as the Red Devils Boss is at an end, but only time will tell if Ole can get them going again, or whether he’ll be on the list of other failed Manchester United managers since the retirement of Sir Ales Ferguson.